Need a few new books to add to your reading list this fall? Check out our list of the top 4 best autumn-themed novels to check out this month!

And with shorter days and cooler weather now upon us, what else is there to do but get warm and cozy?

For book-lovers, I think it's pretty safe to say that there's no better way to get comfortable around this time of year than to curl up with a great autumn-themed book.

So if you're seeking a few great fall read, we've got you covered! Below, you'll find this month's list of the best autumn-themed books to check out this month.

Let The Right One In - John Ajvide Lindqvist

Searching for something creepy to read this Halloween? Let The Right One In by John Ajvide Lindqvist might be exactly what you're looking for!

A dead body has been found in a quiet suburb of Stockholm. Drained of blood, officials just can't figure out the motive behind the crime.

A young boy named Oskar is hopeful that the murder will stop his local schoolyard bullies from picking on him. But that's not all that's on his mind...

A new girl has also just moved in next door. Oskar finds this girl strange, and her ever-peculiar behavior strikes him as odd and uneven… Almost unnatural.

Fondly called "Sweden's Steven King," John Ajvide Lindqvist is the author of many horror novels and short stories. Let the Right One In was Lindqvist's debut novel, one that has since been adapted for film in Sweden (2008) and the United States (Let Me In, 2010).

If you're looking for an autumn-themed novel based on true events, try My October by Claire Holden Rothman.

My October weaves together the stories of a father, mother, and son living in Montreal, Canada. This modern family unit is deeply affected by the weight of their past, and the shocking consequences of words left unsaid.

Set in the early 2000s, this novel offers flashbacks to Canada's October Crisis, that happened in Quebec during fall 1971.

Canadian author Claire Holden Rothman has published several novels and short stories. Her fiction has won many awards, including the 2019 Vine Award for Jewish Canadian Fiction. She currently lives in Montreal, Canada with her husband.

New York Times Bestseller, Lovecraft Country by Matt Ruff, will take you on a journey of hope, freedom, power, and magic that touches the members of two black families.

Set against the USA's backdrop in the 1950s, this autumn-themed book twists Lovecraftian tropes to shine a light on the horrors of racism in the country at the time.

According to the Seattle Times: "Lovecraft Country is bound to appeal to any reader who wants to delve into the strangeness of our land’s racial legacy."

Next up, The Thirteenth Tale by Diane Settefield offers up the perfect combination of a thriller novel that meets family drama.

In fact, this novel's gothic atmosphere and tone are bound to have you curling up on the couch for hours these coming fall months.

In the book, Vida Winters hires a young biographer, Margaret Lea, to tell her own story's complete truth. Having made a career telling beautiful but fictionalized tales of her own life, she reveals a story full of ghosts and a devastating fire.

Vida's tale, however, makes Margaret suspicious as the story unfolds.

To confront their past, these two women must face what haunts them. And only then can the truth transform them both for the better.

Diane Setterfield is a British author who studied French Literature at the University of Bristol.

She continued to study and then teach literature until 1990, when she began to pursue writing full time. Published in 38 countries with over 3 million copies sold, The Thirteenth Tale was Setterfield's debut novel.

Whether you're fond of the autumn months or not, this time of year is a great reminder of how beautiful change really can be.

After all, the leaves are changing colors and falling, the weather is getting colder, and we’re all spending a bit more time inside.

Therefore, why not make the most of your time this month by checking out one of our top picks for the best autumn-themed books for November 2020. 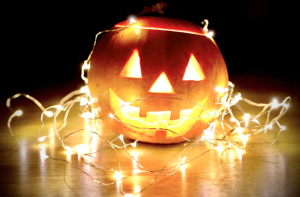