Editor's Note: This article is the winning submission to the Textbook Nova 2022 Scholarship.

I never really connected with books. It wasn't until recently that I started to pick up books, mainly educational ones, that I began to find them amusing. I am currently studying for my future endeavors as an entrepreneur and investor. I have grabbed books on personal finance, investing and business. However, there was this one book that seemed to spark a whole new world. Recommended by a relative, I purchased a book entitled How to Win Friends and Influence People, written by the great Dale Carnegie. For those who don't know, Dale Carnegie was an American author and lecturer who conducted courses in public speaking for business people. He quickly rose to fame with his collection of writings and his book, How to Win Friends and Influence People, when it was published during the Great Depression. He sought to encourage and motivate people to seek a new way of life with his most righteous principles in both their business and personal life. What an impact he must have had on people struggling at the time and now here he is, living through his book, impacting my life as well.

I was always the quiet type of kid. The type to keep his thoughts to himself and stay in the back of the classroom, waiting for the bell to ring. Just by reading the title, I would have thought the idea of socializing and meeting people would turn me away. Instead, it sparked an interest towards my future career and for my own personal character development. As I read through the chapters and annotated the pages, I became more aware of human relations. I started to understand why people do certain things and why they react a certain way. Then I stumbled across the fourth chapter of the third section of the book. The chapter, titled ¨The High Road to a Man´s Reason A Drop of Honey¨, mentioned a quote. One I will never forget.

The book quoted our sixteenth United States president, Abraham Lincoln. I imagined Lincoln himself on stage, preaching to his audience. ¨It is an old and true maxim that ´a drop of honey catches more flies than a gallon of gall.´ So with men, if you could win a man for your cause, first convince him that you are his sincere friend. Therein is a drop of honey that catches his heart; which, say what you will, is the great high road to his reason.¨ I´m going to repeat that small quotation again from the great Abraham Lincoln himself. ¨A drop of honey catches more flies than a gallon of gall.¨ To elaborate on his wisdom, a spark of friendship can help convince anyone more than an insult or a rubbish comment could. It is the way to that person's reasoning. Those words sank into my subconsciousness as I made sense of it. It still sits on my mind. There have been times in my life where I have dealt with disagreements harshly. I have attempted to persuade others to see my point of view and have ultimately instigated an argument, defending my opinion whilst trying to force it on them. I have failed to persuade. And now Carnegie has introduced me to Lincoln and Lincoln has introduced me to a new way of thinking.

Intrigued as I was with that quote, I continued to read into the chapter. It continues to explain that arguments only increase the scale of the problem and locks the other person's mind into a fortress, not letting any new ideas in. Dale Carnegie states that gentleness and friendliness are always stronger than fury and force. He boiled it down to three words. ¨Friendliness begets friendliness¨. With those words of advice in mind, I began to, one again, reflect.

I understand it is human nature to defend what is theirs. Such as we defend our property, we also defend our ideas and opinions. When it comes down to persuading others of our own ideas and thoughts, we might snap when they refuse to condone them and attempt to forcibly get them to accept it through harsh verbal language or high-tempered behavior. I have been in these situations. It is our nature. But through Dale Carnegie, I started to think, opposed to human nature. I started to think about ways to circle back from a rejection. From a disagreement. If I wanted to persuade others, I had to be friendly to get a friendly, perhaps successful response in return. It only made sense. But why did I not think of that earlier? I was stumped at my ignorance to see the clear path that Carnegie was carving out. At that moment, I promised myself to listen to their advice. I promised the next time I would attempt to persuade someone, I would listen to both Lincoln and Carnegie. This was an exciting new challenge for myself.

Ever since reading that chapter, I chose friendliness over everything else. I would smile and greet my neighbors as they passed by. I would compliment my friends for their fashion styles and achievements for the day. It felt great to give out positive energy and receive it almost instantly. I could feel a glowing aura around me that felt as vibrant as the sun. Carnegie really introduced me to a new world. A world which seems brighter. A world where I no longer felt the need to sit in the back of the classroom. A world where I can communicate with others and receive back the same friendly energy I gave them without the risk of instigating a fight. It feels amazing to this day. However, that was just the tip of the iceberg.

Up until now, there was no disagreement. No need to persuade anyone into my way of thinking. But that did not convince me I was free from them. There was a disagreement between my brother and I. My brother and I were making arrangements for a night at the movie theater for the rest of the family. The planning went smoothly until it came down to showtime. My brother demanded we watch the film at around 8:00 pm. I suggested we go earlier. Before I gave my reasoning, my brother demanded for the late showing and through his anger, he may have slipped a few words that did not please me. Not one bit. Now, at this point, I would have gone into a full argument that most likely would have taken us off topic and possibly resulted in both of us insulting each other and ruining our plans for the entire family. But luckily, I had Carnegie and Lincoln on each of my shoulders, warning me not to do so. I resisted the natural urge to attack him back. Instead, with a deep breath and a pause, I gently explained the reasoning behind my suggestion. I explained that if we were to go to the late showing, my father would have less time to sleep and therefore would not be fit for his early shift the day after. I also explained how that late showtime would not please my parents in the first place and could instead result in them canceling the entire night plans. It was better to watch it earlier than not at all. With that, my brother´s mean stare disappeared and he admitted I had the better solution. He apologized and we ended up deciding the showtime. When that Sunday night rolled around, we had a good time with the family. A memory that we surely treasure.

Even as I tell this story, I am amazed at how that managed to work! All I had to do was avoid arguing, present myself in a friendly manner and calmly explain my solution. It resulted in a win-win situation for all of us. I felt like I accomplished the world at that moment. How to Win Friends and Influence People successfully teaches you about virtues and principles that can help you avoid the chaos, befriend people and head straight for a solution amongst you and others around you. This book will forever be in my personal library as I carry it both in hand and in mind. Next time you are in the situation of persuasion, remember Dale Carnegie. He sought to open others to a new way of life and by the end of the book, he had transformed me into a new way of living. A friendlier, peaceful way of living. 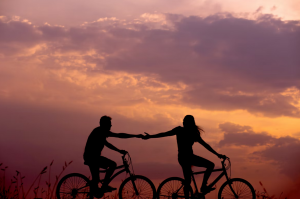 Top 5 Couples And Relationship Books To Read For Valentine's Day