Tired of your good, ol' reliable? Looking for something new and exciting? Check out this month's featured roundup of totally read-worthy authors and books that more people need to be talking about!

From philosophy to horror, memoirs to conspiracy theories, fiction and fantasy to factual history, the world of modern literature truly does have something that everyone can enjoy.

However, seldom do our reading habits stray from our favorite authors, series or genres.

So with that in mind, we thought it might be a good idea to put together the following list of read-worthy authors and titles that are rarely being talked about.

We’ve rounded up eight great, read-worthy books and authors to check out this month, each exploring a unique range of themes, writing styles, and perspectives.

His most recent manga comic, An Gura, was published in November 2021. Maruo explores 1960s Japan through the eyes of a teenage boy aiming to become a manga artist. The work features themes including Tokyo subcultures and the post-war economic boom.

Most popular in Japan, Maruo has a cult-like following who will enjoy the writing and illustration in his latest work.

#2 - The Art Of Looking Sideways By Alan Fletcher

The Art of Looking Sideways is a fascinating blend of art, science, and philosophy. It delves into the mind's inner workings and visual art. Alan Fletcher, a graphic designer, spent almost 20 years working on this book.

With over 500 pages, this work is sure to appeal to readers who are seeking inspiration or those who simply enjoy well-designed books. Initially published in 2011, Alan Fletcher's work, The Art of Looking Sideways, was celebrated in 2021 with an exhibition at the Kemistry Gallery in London.

Brannon Howse writes on the topic of theology. More notably, he writes on how different interpretations of scripture can lead to disruption in the church's perceptions and ideals.

His most recent books include Twisted Scripture, Twisted Theology, Religious Trojan Horse, and Building a Biblical Worldview Verse by Verse. Those who wish to examine how various societal influences have impacted the church will enjoy reading Howse's material.

2021 saw three books in his Archibald Lox series, including the Forgotten Crypt, the Slides of Bon Repell, and the Rubicon Dictate. Fans of fantasy novels like James Dashner's The Maze Runner or Mike Mullin's Ashfall will appreciate Shan's style.

Focusing on new age spirituality and metaphysics, Dolores Cannon wrote over 30 books, including her latest–the fifth in a series entitled The Convoluted Universe.

Cannon was a hypnotherapist, and the series explores material she obtained from a patient under hypnosis. Topics include parallel universes, other dimensions, and life on other planets.

Readers who enjoy learning about abstract concepts and exploring themes such as identity, time, and space, will appreciate Bannon's writing.

A controversial figure, Springmeier served time in prison for armed robbery, has been arrested on drug-trafficking charges, and has alleged ties to white separatist movements.

His most recent book, Bloodlines of the Illuminati, discusses Springmeier's thoughts on the relationship between Satanism and the people who hold power in the world.

Physicist Joseph P. Farrell uses this book to build on his theory in The Giza Death Star. He explains his thoughts on how ancient Egyptians designed the Great Pyramid of Giza as a weapon rather than a simple monument or structure.

Fans of alternative history and conspiracy theories will appreciate Farrell's take on the Great Pyramid construction. The latter part of the book. The Giza Death Star Deployed, includes quite a lot of math and physics, which some readers may find challenging to comprehend. But for those who are either scientifically or science-fiction inclined, The Giza Death Star is certainly worth adding to your reading list.

Breaking From The Norm

We often tend to fall into the same patterns or habits. And even though there's nothing wrong with really liking a particular genre, author, or style of writing, every now and then, it's good to break from the norm, and try reading something that challenges your skills and teaches you something new.

These books offer material to open your mind and get you thinking about topics you may not often ponder. Whether you're looking for fiction, memoir, or science, you'll find an author here that fits the bill. 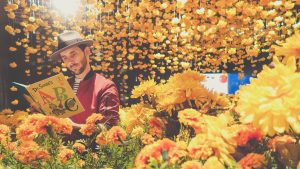 Top 10 Most Underrated Dr Seuss Books Of All Time 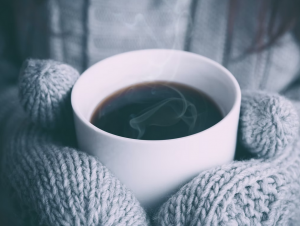