Have you ever wondered who the best story writers of all time truly are? Below, we'll go over 5 of the most well-known, influential writers of all starting.

Since the dawn of time, men and women have been passing stories on to each other. At first, this was only done orally, passing stories from one generation to another while sitting around camp fires.

However, in 1440 along came the invention of the printing press. With it, authors were now able to create stories, have them printed, and then distributed with ease.

But there is a prevalence of news and social media in today's modern culture. Therefore, people aren't often as interested in a good story as they once were.

So with that in mind, I would be a good idea to review some of the best, most prolific story writers from all throughout history.

Below, we'll dive into our top 5 best story writers of all time, starting with Aesop. Who was writing as far back as about 600 years before Jesus Christ.

There is, unfortunately, much uncertainty surrounding Aesop. But most believe he was a born in Greece sometime between 560 B.C. and 620 B.C.

However, even today, Aesop's collection of stories and fables are known as true works of literary art.

Aesop is best known for fables his such as "The Tortoise and the Hare", and "The Goose Who Laid the Golden Eggs". These stories use powerful imaginary and ordinary animals placed in bizarre situations.

Which, in the end, always reveals an invaluable truth or moral lesson.

Although Aesop's fables are mainly targeted at children, they are no doubt an excellent addition to any book lover's reading list.

Check out The Classic Treasury Of Aesop Fables

Written by brothers Wilhelm and Jacob Grimm, Grimm's Fairy Tales was originally a collection of about 86 short fairy tale stories.

However, by the time the 7th edition of the collection was published, Grimm's Fairy Tales contained a total of 210 uniquely written fairy tales.

You've most certainly heard some of the Grimm brothers' tales, such as Hansel And Gretel or Rapunzel. But with several hundred unique stories in the collection, there are sure to be many more stories, which will easily captivate your attention.

So, for the best look at the brothers Grimm's stories, make sure to check out the full collection of stories in Grimm's Fairy Tales.

Known for his macabre short stories, Edgar Allan Poe is often noted as one of the most influential, evocative writers in American history.

However, Poe was a truly prolific writer, critic, poet, and editor. And he has written dozens of well-known short stories in many different genres of literature.

Poe has a unique writing style that's somewhat elaborate and hard to read for younger readers.

However, his use of the English language combined with his own personal flair is what truly make reading his short stories worth all the work.

For one of the best looks into Poe's diverse writing styles and genres, make sure to check out the complete collection of Poe stories and poems.

As of the more modern short story author on today's list, James Joyce's works were published at the onset of the 20th century.

However, his collection of short stories, known as Dubliners is the masterpiece that really skyrocketed his career into stardom.

First published over a hundred years ago in 1914, Dubliners is a collection of short stories. Each story is aimed at depicting the life of Middle class Irish citizens living in Dublin at the beginning of the century.

Most of the stories in the collection focus on their main characters having a epiphany. Joyce described this as a life-changing realization or illumination about one's self.

The first few stories are narrated by younger protagonists. But as the stories continue, they progressively deal with the lives of gradually older characters.

Among his other masterpieces, Joyce is also known for the epic novel titled Ulysses. What's unique about Ulysses is that it mirrors the happenings and story line of Homer's The Odyssey.

Back in 1973, Stephen King sold his first novel, Carrie. This first book became so successful King has become one of the most famous and prolific of the 20th century.

In fact, Carrie, as well as dozens of other King stories, such as Pet Semetary, It, have been made into Hollywood films. Which have achieved the same level of success, if not more, than the novels.

More recently, however, King has recently a new collections of stories, titled If It Bleeds. Which is a must-have collection for any true Stephen King or horror fans.

If It Bleeds is a collection of 4 short stories, which are all guaranteed to have your heart beating out of your chest by the time you're done reading them.

5 Best Story Writers From Throughout History

Some of the story collections we've discussed today are fairy tales or fables mainly targeted at children. However, their authors are no doubt extremely influential writers, whose masterpieces have endured through of years.

That's why, if you've truly a book lover, word nerd, reader, writer, short story enthusiast, or poet, you've come to right place. And absolutely must add these 5 authors and collections to your reading list this summer. 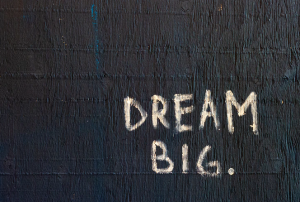